As a member of Warehouse Theatre, Ilminster you have unrestricted access to requesting tickets.

I am happy for Warehouse Theatre, Ilminster to contact me by email with a one off survey about this event.

I am happy to receive information via email about similar events organised by Warehouse Theatre, Ilminster. I understand I can unsubscribe by contacting them at any time. 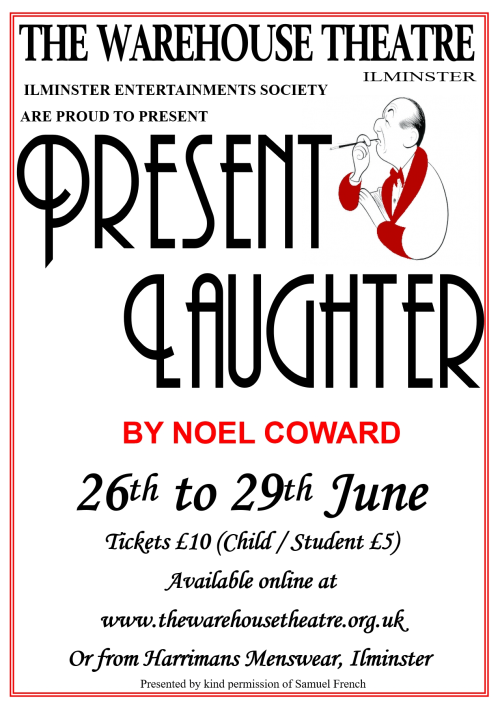 Present Laughter
#presentlaughter
Actor Garry Essendine is at the height of his fame. He’s handsome, witty, surrounded by adoring fans, and about to take his latest theatrical hit overseas. He’s also in the middle of a raging mid-life crisis. Holed up in his studio, he is assailed from all quarters: a beautiful debutante wants to bed him, an aspiring playwright from Uckfield wants to worship him, and his own producer’s wife wants to... well, what exactly does she want? Under the sardonic eye of his long-suffering secretary and the unshockable gaze of his estranged but determined wife, Garry struggles to keep all the balls in the air. This sparkling comedy about sex, fame and the theatre itself – and a man wrestling with his own self-image – is widely regarded as Noël Coward’s most autobiographical play.
Box Office
boxoffice@thewarehousetheatre.org.uk
07943 779880
Warehouse Theatre, Ilminster
#warehouse
Ilminster Entertainments Society is a registered charity (no.291977) and was formed in 1947 with its inaugural production of ‘The Farmer’s Wife’. The society presents five productions in the theatre every year including its very popular Christmas show. It comprises over 100 members, both active in the theatre and also social members.

Some years ago we were lucky enough to obtain premises at the former fruit and vegetable warehouse on Brewery Lane. Through much hard work, grants and donations a theatre was formed which now seats 150 people and represents one of the most well equipped, professional-standard amateur theatres in the county. The theatre now stages IES productions as well as outside theatre and musical companies and also plays host to Ilminster Cinema Club, Ile Valley Flower Club and many other social clubs. The Theatre is also available for private hire for parties and corporate events.
www.thewarehousetheatre.org.uk
More events by #warehouse

Warehouse Theatre
Brewery Lane
Ilminster
TA19 9AD
Converted from a fruit warehouse in the 1980’s the Warehouse is a ‘proper’ theatre with professional standard lighting and sound equipment and a fully raked auditorium that seats 150. There is also a coffee counter and a comfortable bar.
Postcode - TA19 9AD what3words - shark.flasks.shimmered
Terms & Conditions
When you arrive at this event, only printed tickets will be accepted. Please ensure you bring a physical copy of all tickets with you or you may not be allowed to enter.
For Wheelchair tickets please calll us on 07943 779880 Tickets are offered subject to availability and are non-refundable. Please check booking carefully as mistakes cannot always be rectified after the event
* These terms are provided and enforced by Warehouse Theatre, Ilminster and not by Seaty.co.uk
Need help?
Have a question about this event? Best to get in touch with the event's box office. Having an issue with Seaty or need help with something else? Feel free to get in touch!
Email the box office boxoffice@thewarehousetheatre.org.uk
Call the box office on 07943 779880
Chat with Seaty Online
Email Seaty at Support@Seaty.co.uk
Setting up your own event?
If you're looking for a simple ticketing system for your next event, look no further than Seaty!
Find out more 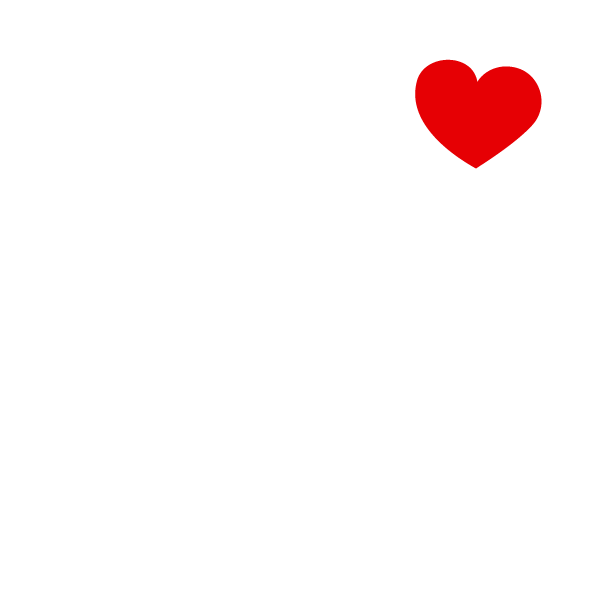