As a member of Tinkers Farm Opera you have unrestricted access to requesting tickets.

I am happy for Tinkers Farm Opera to contact me by email with a one off survey about this event.

I am happy to receive information via email about similar events organised by Tinkers Farm Opera. I understand I can unsubscribe by contacting them at any time.

Ticket sales start on 2nd November 2020 at 07:00PM
Currently 13th August 2020 at 03:13PM
This event has started and ticket sales have ended
Closed Captioning
Sign Language
Sorry!
There are no seats available for
Show Seating Plan

Set in Damon Runyon's mythical New York City, Guys And Dolls is an oddball romantic comedy. Gambler Nathan Detroit tries to find the cash to set up the biggest crap game in town while the authorities breathe down his neck; meanwhile, his girlfriend, nightclub performer Adelaide, laments that they've been engaged for 14 years.

Nathan turns to fellow gambler Sky Masterson for the dough, but Sky ends up chasing the strait-laced missionary Sarah Brown. Guys And Dolls takes us from the heart of Times Square to the cafes of Havana, Cuba, and even into the sewers of New York City, but eventually everyone ends up right where they belong. 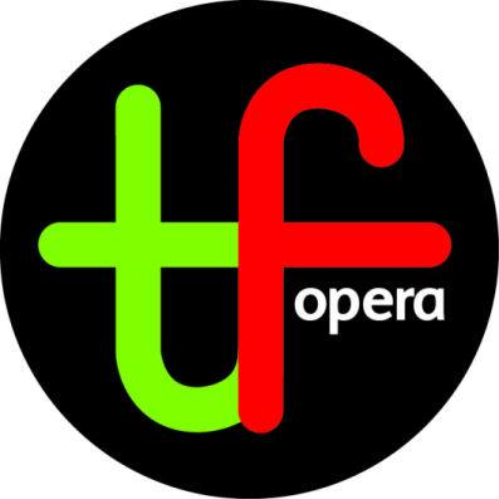 Tinkers Farm Opera
#tfo
Tinkers Farm Opera (TFO) began in 1953 when pupils and staff of Tinkers Farm School, Northfield, performed 'Devilry with the Doones' written by a member of staff. After this resounding success, they went on to perform 'HMS Pinafore', followed by several decades of Gilbert and Sullivan and other operettas, the occasional grand opera and latterly, modern musicals.

In 1966 the Society transferred their productions to The Crescent Theatre, with rehearsals taking place at Tinkers Farm School until 1970, when they moved to Allens Cross Community Centre, where we still rehearse today.

Our recent productions, since we turned to musicals, have been ‘Fiddler on the Roof’, ‘Me and My Girl’ and ‘Kiss Me Kate’, all of which have been performed in Stourbridge Town Hall. We also put on an interim themed Concert every autumn, giving a wider range of opportunities for the Company to do solo work.
www.tinkersfarmopera.com
More events by #tfo

Stourbridge Town Hall
Crown Centre
Stourbridge
DY8 1YE
Terms & Conditions
When you arrive at this event, only printed tickets will be accepted. Please ensure you bring a physical copy of all tickets with you or you may not be allowed to enter.
* These terms are provided and enforced by Tinkers Farm Opera and not by Seaty.co.uk
Need help?
Have a question about this event? Best to get in touch with the event's box office. Having an issue with Seaty or need help with something else? Feel free to get in touch!
Email the box office tinkersfarmopera@gmail.com
Call the box office on 07707 767 393
Chat with Seaty Online
Email Seaty at Support@Seaty.co.uk
Setting up your own event?
If you're looking for a simple ticketing system for your next event, look no further than Seaty!
Find out more